My science themed dress collection keeps growing and I couldn’t be happier about it! I pretty much wear dresses every day now and I see no end in site. I keep finding all these new amazing dresses online and I swear I will start sewing eventually. This dress features some of the most interesting tree frogs, but it’s strapless so I usually wouldn’t wear it to work! I pinned down this little black sweater to it so that my shoulders wouldn’t show. I couldn’t resist wearing this to the Museum of Science.
Today I flew my first live show at the Planetarium. It was all very last minute, and I jumped at the opportunity to do it, then immediately felt nervous. It was incredibly fun though! The live shows are my favorite – we use software that allows us to fly through space- we can go anywhere. It’s really great to be flying shows live, because we can pick where to go based on the audience. The audience voted to visit Mars and Uranus (the most popular, particularly with older kids). When flying the shows, you are looking up at the full dome above you, to see what you are doing, but also using the controls on two computer screens in front of you. It’s very comparable to a video game, just a little harder because the screen of what you are doing (the dome) is much larger than the screen for the controls. I had a couple mishaps, but no one noticed. I couldn’t find Mars’ ice caps until I was out past it’s moons’ orbits. And I somehow came around the backside of Uranus (haha) so it was completely black (the side opposite the sun) and all of a sudden we were inside the ring system. That was a happy mistake, because it looked really awesome seeing the sun come out from behind Uranus! I was also running one of the shows that is produced at the Planetarium called Moons (it’s very good, I recommend watching it), when the projectors started playing the video in the wrong format, so we had to stop the show and restart. That was kind of fun though; I feel like people are always entertained when things like that happen!
I got this really cool Opal Beetle this week, and I am so excited to wear my name badge on it at work! 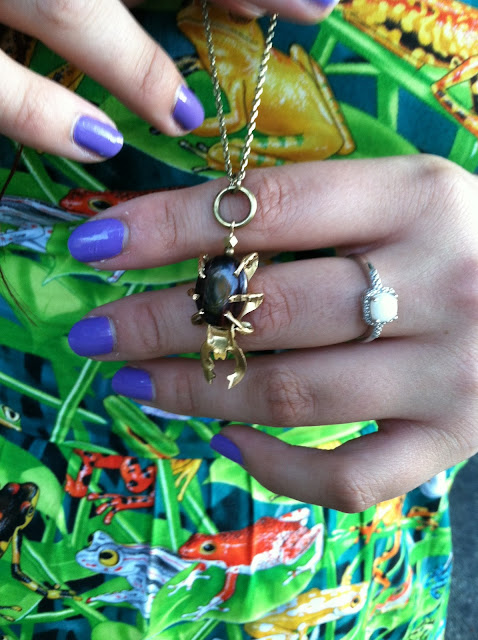 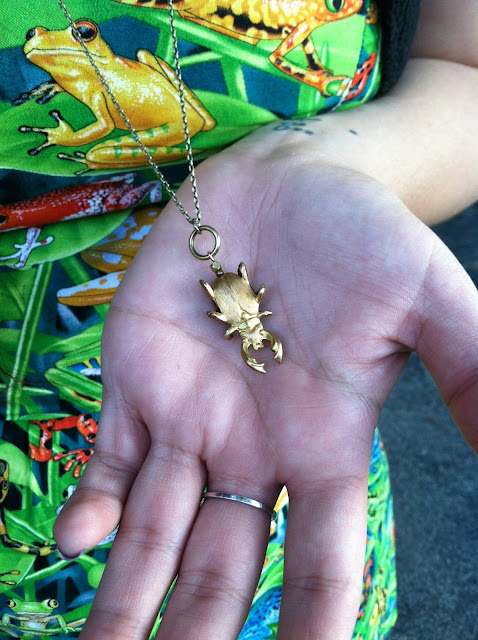 I was going to discuss the “Supermoon”, but I think I will hold off for a day. There is too much to say about it, and I should probably organize my thoughts first. So instead, I will talk about this amazing volcanic eruption that happened in Mexico this week! Popocatepéti, located near Mexico City, is a volcano that has been rumbling and grumbling since 1991. Geologists have been able to keep a very close eye on it, which allowed us to obtain amazing video of the eruption. Watch the video on YouTube here!
This is a time lapse of about 12 minutes. Volcanic eruptions can be frightening, obviously, but this eruption didn’t cause too much harm. As far as I know, there have been no reports of human injuries. The ash cloud was several kilometers in height, but it was blown away from Mexico City! The observation of this eruption will most certainly yield some fantastic data. I love watching the shock wave and vents opening down the mountain; it’s so magnificent!
I will leave you with a ridiculous pose from me; maybe I should make this my signature!